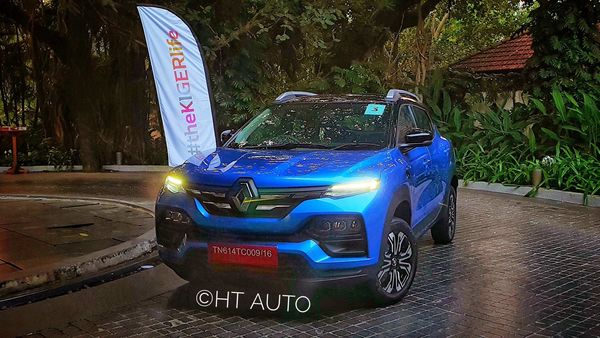 Renault Kiger is the latest sub-compact SUV in the Indian car market and is now competing in the extremely lucrative but extremely closely fought segment which has several established players as well as promising challengers vying for space. Renault, riding high on the success of its Triber MPV, seems to be finally getting its India game right again but while SUVs are indeed the flavour of the car market, it would take a lot to eke out a place of distinction in this crowded field of play.

Renault has hit the right mark when it comes to pricing. At a starting price of ₹5.45 lakh (ex showroom), the base variant makes Kiger the most affordable sub-compact SUV one can buy. And with the top variant sitting pretty under the ₹10 lakh mark, here is another Made-for-India car that deserves a look in solely based on the price structure. But there’s much more to a car than its price too to find out the answer to just that, I landed in warm and sunny Goa to take it out for a day-long spin.

Does Renault Kiger emerge as a compelling buy option or does it cut corners aplenty in order to appeal to budget buyers? Read on:

Kiger ditches the traditional path of being a boxy SUV and instead, opts to blend its muscles with a coupe-ish profile that has a sporty appeal. In this sense, it does appear to be a deviation from the exterior design philosophy followed by many of Renault’s rival car makers.

The deviation isn’t much when it comes to the face of Kiger from that of younger brother Kwid. The front grille, the DRLs and the bumper bear a clear resemblance to the smallest car Renault offers here. And while looks are subjective, I think the face looks stylish on both cars. What Kiger does get additionally though are LED headlight units which come in three cube-shaped enclosing on either side. Not only do these have practical relevance to light up the road ahead but also manage to light up the face of the car, adding a whole lot of sparkling effect. That this and the DRLs are mounted high up add to the elevated bonnet effect.

The bonnet itself is well sculpted to lend the Kiger a muscular profile.

Over at the side, the Kiger’s visual profiel ditches the heavy weights and opts for more cardio instead. So, while the large wheel arches and the 16-inch dual-tone alloys help it get an appreciable 205 mm of ground clearance, the slightly swooping roof over the C-pillar unmistakably adds that coupe-like visual appeal. Here is where the Kiger begins to appear slightly crossover-ish but full marks to the designers for pulling it off.

Unless one opts for the accessory packs, there is no chrome anywhere on the body of the Kiger but the functional roof rails – capable of supporting 50 kilos of wight, and the shark-fin antenna do add to the aesthetics.

The rear is often when designers tend to lose steam but those at Renault may have injected themselves with a fresh dose of caffeine when burning the midnight oil. Kiger gets extremely smart LED tail lights, a large rear window – don’t miss the tiny animal artwork here – with one of the brake lights mounted smartly here.

There is a large grey skid plate over at the bottom and while the body lines on the trunk are minimal, they are pronounced enough to grab attention.`

The cabin of the Kiger, in comparison to the exterior profile, is more muted in how it appears. But muted isn’t the same as dull. While being conventional, the interiors do offer a feeling of spaciousness and lots of utility space for storage.

The seats – all five – are nicely cushioned with the upholstery stitching done perfectly. There are large storage spaces on all doors, space inside the central armrest as well as twin spaces on the dashboard which are deep enough for more than just car documents.

While the AC vents are inconspicuous in appearance, the eight-inch floating infotainment screen sits nice on the dashboard and is quite responsive. And while there is a substantial amount of screen reflection, the large font of all that appears here makes it legible. I personally prefer rotary buttons for the AC controls and Kiger gets three of them. These are large enough to be adjusted by the driver without taking eyes off the road even when the car is on the move.

Under the rotary dials for the AC, the central console unit has a few similarities to what is seen in the Magnite. There is a storage space for mobile phones, a USB charger, the start-stop button and space again for a phone to charge it wirelessly. The entire stack is positioned high enough to lend the cabin an SUV appearance and gets done in piano black finish on either side. There also is the dial for the three drive modes – Eco, Normal and Sport.

I especially like the way the TFT screen for the driver has been done. The digital screen isn’t as flashy as the one inside Magnite and yet is attractive and puts out all the drive related information. Depending on the drive mode selected, it also changes colour schemes.

On the flipside though, the steering wheel – with its mounted controls – cannot be adjusted for reach, only height. The driver may also find the clutch, brake and accelerator pedals placed too close to each other. And the ample use of hard plastics – even if expected in order to keep prices down – is evident everywhere.

The hard plastics make their way to the rear as well, underlining the passenger windows which are rather small due to the slight swoop in the roofline. That the window glasses don’t roll down completely also don’t help. Remember, there is no sunroof in any of the Kiger variants. Not yet, anyway.

But this car makes up for all of this by offering great levels of space for two, decent for even three. Its cause is helped by the fact that the footbed has no humps and the central console doesn’t jut back much too eat into the leg space for the passenger in the middle.

Leg space is good and feet can slide under the front seats even if the rails on which these seats are on are rather close to each other. Knee room is generous and despite the swoop in the roofline, head room is quite appreciably as well.

Three abreast inside the Kiger isn’t likely to be much of a trouble at all even on long journeys. What could be though is that the rear seats are a little too upright. It may not appear that way visually but having spent around 90 minutes in the rear seats, I did feel a tiny bit soar.

Moving further back, there is a generous boot which measures at a little over 400 litres. It is wide enough to gobble large suitcases and deep too which, however, means the loading lift could be high. The solution? Opt for one of the accessory packs which plonks a trunk organizer and a board on top to level the surface.

Yes, Renault has played it smart by offering as many as five accessory packs and making these available to all variants of the Kiger.

Magnite has a Tech pack on offer but Kiger has five packs – Attractive, Essential, SUV, Smart and Smart+.

From cosmetic upgrades like a whole lot of chrome additions on the outside to utilitarian features like mud flaps, premium carpets, and to feature additions like a Philips air purifier, ambient lights and wireless phone charging, these packs come at a cost over and above that of the car itself. (Read more here)

The Kiger is offered with two petrol engine options and with three transmission choices. There is the 1.0-litre naturally aspirated petrol engine which produces 72 PS of power and has 96 Nm of torque. This comes with the five-speed manual or the AT gearbox.

I drove the 1.0-litre turbocharged petrol Kiger for this review which produces 100 PS and has 160 Nm of torque. And while I do believe it is the CVT option that could be a hit, the review units were all with the five-speed manual.

As such, there is not much about the manual gearbox that would impress. It slots into positions well but there is a sense of gruffness that would elude no one. And there is a bit of a reach for it too, despite the fact that the central console sits quite high up.

That said, the turbo engine does get a move on in Normal and Sport mode with a dedicated sense of purpose. Up until the 1200 RPM mark, the Kiger moves along calmly but this is also where the sweet spot is at. Press the gas a bit more and the SUV really gets into its own element, munching miles without much care.

Triple digit speeds are a good place to be at, also because the steering is weighted well and is reassuring on long straight stretches. Cornering may not be its biggest forte but is par for the course. Just don’t throw the Kiger into bends at speeds because there is a very noticeable body roll when it is being pushed around. This here is a SUV that is best enjoyed without making it rush.

The wheels do grip the road well, NVH levels are mostly contained and the suspension set up is slightly stiff but the Kiger still manages to tackle road bumps with a sense of confidence.

Renault Kiger isn’t outright flashy or ambitious. And in that lies its strengths. The French car maker has clearly taken its time to concentrate on what works in this particular segment – decent looks, features, space, convenience of an automatic and an affordable price tag. And on these counts, Kiger manages to emerge as a good option.

The advantage Kiger has over its Korean rivals is that it is priced to perfection. Against the Magnite, it is about Renault’s better sales and post-sales network in comparison to Nissan. This here isn’t the sportiest car to drive and may not appeal to those seeking a premium option that drives super sporty. But as a choice for daily commutes with the occasional highway escapades, it does promise a whole lot.