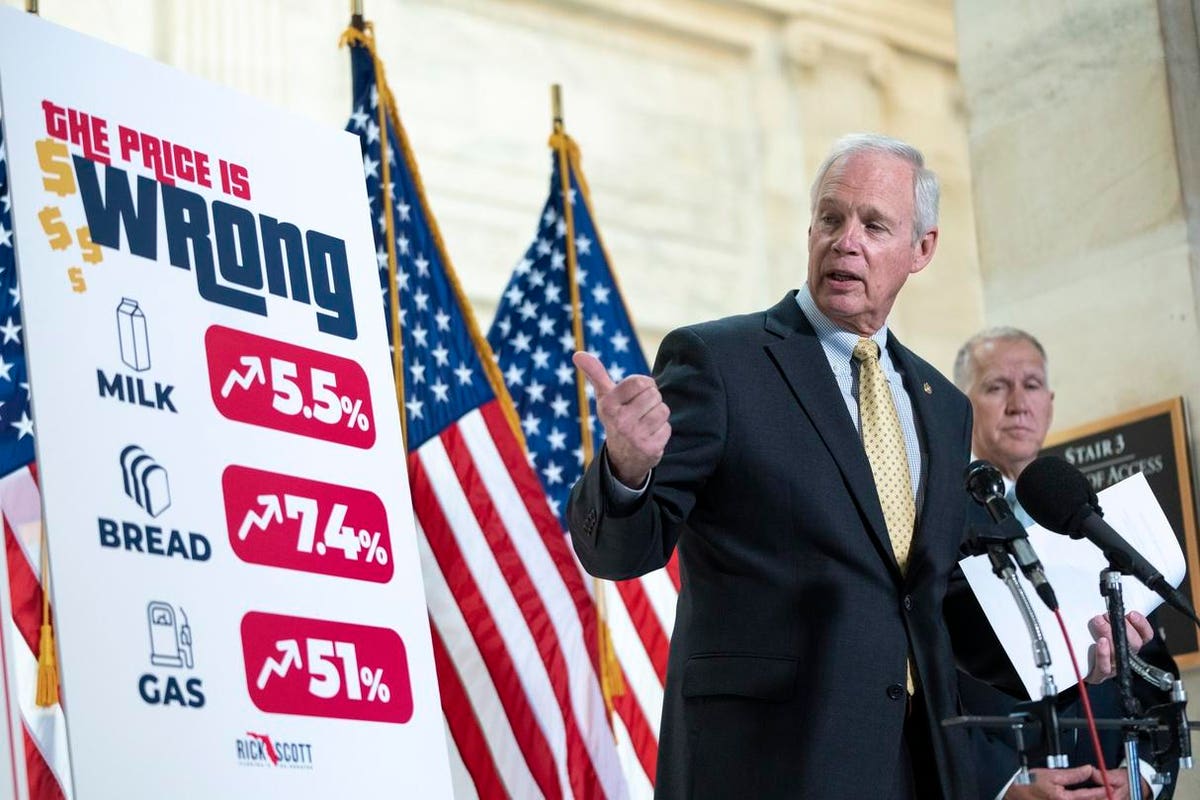 That report is being greeted with choreographed shock and dismay by some politicians and much of the media, with write-ups that make it sound like the country has time-warped back to the 1970s.

Or not. Many people now realize that the headline number – the raw Consumer Price Index (CPI) – is highly distorted. They may not know how highly distorted. Currently, several factors are inflating its value – yes, “inflation” is inflated – to the point where the raw CPI is practically meaningless, even misleading.

The details are covered in a previous column. Here, in summary, is what the June headline number would look like if these distortions were eliminated.

Volatile food and energy prices are nearly always excluded by serious analysts, for good reason. The variability of the unadjusted CPI is about 7 times greater than the variability of the Core CPI. The energy price series is almost 30 times more volatile. Over the long term, the averages are nearly identical. But over the short term the Core CPI provides a much more stable foundation for monetary policy decisions. This volatility has to be neutralized to gain proper perspective on short-term price movements.

Follow-up question: Why then is the raw CPI still offered as the headline number?

For the past 20 years, for very good reasons, the Federal Reserve has preferred the Commerce Department’s metric called the Personal Consumption Expenditure Index (PCE) over the Labor Department’s CPI. The PCE has been extensively evaluated. It is based on a sounder concept of economic behavior. It is simply a better measure.

Another question: Why does the press give prominence to a number that policy-makers largely ignore?

This smashed the trend line, which throws off later comparisons for a while – because the left-hand anchor of the year-over-year percentage calculation is so deeply depressed. This inflates the current year-over-year percentage increase (i.e., the CPI!) by about 0.9{c9ada2945935efae6c394ba146a2811ce1f3bfd992f6399f3fbbb16c76505588} for the month of June 2021 – the so-called base effect.

Question: This problem is well-understood even by some journalists (lately). The base effect will disappear another few months. So, since we know that the CPI right now is off, by a lot, why not just wait until this statistical glitch “clears” the system before making year-over-year comparisons again? We have made many adjustments because of the pandemic. Why not this one?

There is a lot wrong with this. In brief summary:

The question of whether used cars should be a part of the CPI calculation has been debated for decades. In 1995, even the Congressional Budget Office decided to exclude Used Cars from its calculations of the CPI, along with food and energy. (In a future column, I will look at this example more closely.)

There are other distortions in the June number, particularly with energy pricing and with certain other categories that were severely depressed in the pandemic and are now bouncing back with significant component-level base effects. These include:

In Sum — There is No Inflation

Perhaps some of these adjustments could be further refined. Perhaps counter-arguments can be entertained. But my point is that by any meaningful definition of true inflation, the headline number is greatly overstated.

One more point. The monthly inflation scare headline is like that car alarm that keeps going off in the middle of the night when the garbage truck rumbles by. It is annoying, but we know that we don’t have to call 911 every time we hear it go off. Why do we allow the inflation alarm to rattle us this way, every month, without a sense of perspective?

We are fortunate that the Fed, and the markets, are able to evaluate these numbers with an appropriate skepticism. But there is a lot of irresponsible journalism here. The distorting factors reviewed above are not hidden, and in fact they are widely understood today, even by most journalists — and yet many in the media, and many professional pundits (who certainly know better), still choose to emphasize these misleading figures. Does the press not have a duty to educate the public? Or is it really just about selling more newspapers, or capturing more clicks?