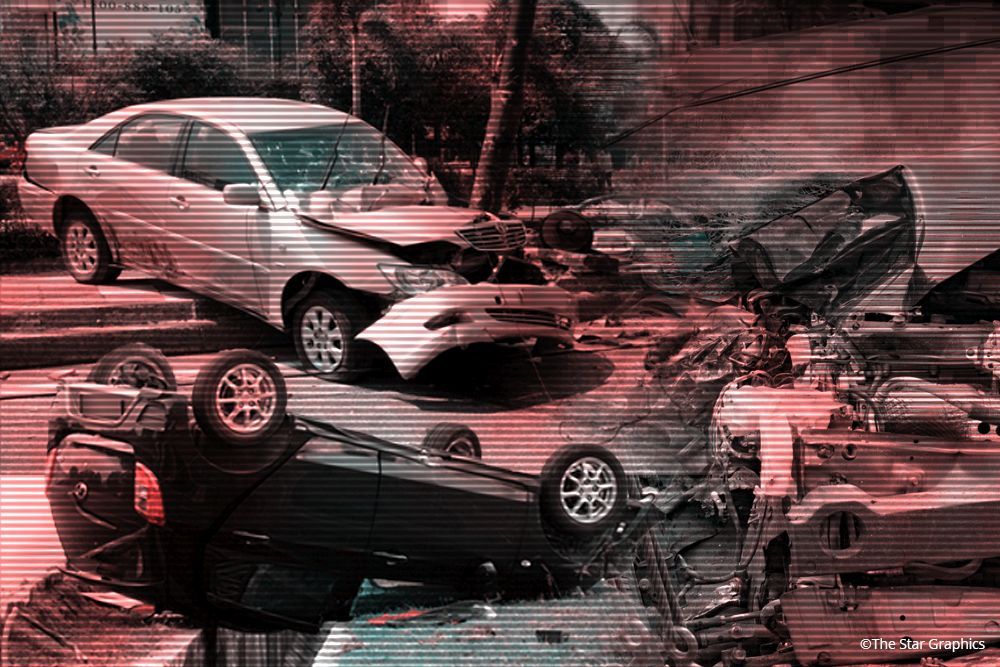 GEORGE TOWN: A 20-year-old man died after he rode into oncoming traffic, ramming a car along Jalan Paya Terubong.

The incident that took place on Wednesday (May 4) saw the motorcyclist suddenly moving onto the other side of the road hitting a car and landing on top of its bonnet.

George Town acting OCPD Supt V. Saravanan said the incident occurred at 7.13am, adding that the motorcyclist was declared dead on the spot.

“While the driver of the car, a 53-year-old housewife, was driving along the lane, she saw the motorcyclist moving into her lane and knocking into the front of her car.

“She told us that she had dashcam footage of the accident,” he said in a statement.

Supt Saravanan said further investigations at the site of the incident showed shattered glass and skid marks on the road.

“There was no closed-circuit television camera (CCTV) footage in the area.

“The weather was good and there was no issue with the road as well,” he said.

Supt Saravanan said the motorcyclist was a Penangite from Ayer Itam with a valid licence.

“His body was sent to the Penang Hospital Forensics Department for a post-mortem after a Covid-19 test was conducted.

“The other driver did not sustain any injuries,” he said.

He said they were currently looking for witnesses and any other CCTV footage in the area.

The case is being investigated under Section 41(1) of the Road Transport Act 1987 for reckless driving resulting in death.

A 10-second video of the incident has gone viral on social media.

What Business To Start